A Brief Insight into the Complex World of Waste Management

You can’t read about the latest news without noticing a reference to Australia’s waste problems. Since the ABC’s War on Waste first viewed back in 2017 households, schools, workplaces and institutions seriously started to change their attitudes and behaviours aiming to do their bit to reduce, reuse and recycle.

Compounded by China’s National Sword Policy, and a sense of urgency, Waste Management is firmly on the agenda as policy makers and industry leaders stitch together solutions that will address Australia’s problem with waste.

Focusing on NSW and the Greater Sydney Region this article offers a brief insight into the complex world of Waste Management and looks at some smart solutions.

Statistics: In NSW total waste generated per capita is about 2.5 tonnes which is close to the national average.
In Sydney, it is estimated that about 2 million tonnes of Municipal waste is generated per year, of which about 52% is recovered (NSROC)

Who, What and Where of Waste

Like most industry sectors Waste Management has its own language to describe the systems and processes and the ‘division of labour’ that underpins and drives this multi-billion-dollar industry.

Let’s start with a simple WHO, WHAT and WHERE analysis to try to understand this very complex business and the issues that impact us all.

WHO creates waste? Households and councils create domestic and local waste, usually referred to as a Municipal Waste Stream (MWS); it is highly visible and collected from the kerbside often by council owned trucks or private subcontractors.
Business and Industries create waste as a result of their business activities and collectively this waste is referred to as Corporate & Industrial Waste (C&I). And as you would expect, waste streams are also generated from building and development enterprises. This sector’s waste is referred to as Construction and Demolition (C&D) and includes the contents in skip bins.

WHAT comprises waste and how is it categorised? Waste is usually described by material category e.g. masonry materials, organics, metal, glass, plastics, hazardous waste (mainly contaminated soil) paper, cardboard and metals. It can also be categories as either “core waste”, that is, waste managed within the waste and resource recovery sector or “non-core” that is, waste usually managed on site e.g. ash from energy generation and “Liquid Waste” from sewage treatment and saline systems.

WHERE does waste end up? Waste fates are categorised into three types: disposal, usually means landfill, recycling that is, resource recovery and energy recovery, that includes gas generated from landfills.

To fully understand the fate of waste we need to examine waste flows and transfer systems. By way of example, let’s look at the processes involved in transferring Municipal Solid Wastes in the Greater Sydney Region.

Collection and Transfer. In the Sydney Region councils are responsible for collecting and transferring waste. Typically, they will either use contractors or their own trucks to pick up waste and then facilitate drop offs and “consolidation into garbage” that is destined for landfill.

Sorting and processing occur at dedicated facilities and recovered materials are processed at Materials Recovery Facilities or (MRFs). Typically, MRFs sort comingled recyclables and other materials, mostly from domestic recycling bins into “marketable materials” that are sorted and graded for sale. There are three major MRFs in Sydney that receive comingled recyclables and around 40 multipurpose facilities.

Resource recovered materials such as metals, paper cardboard and plastics are traded domestically and sold on the international commodity markets.

Australia exports recyclable materials to over 100 countries. In 2016-2017 it exported over 4.23 mega tonnes to countries including China, India, Vietnam, Malaysia and Bangladesh. The three main commodities are Paper and Cardboard, Plastic, and metals.

Large companies such as Visy, Cleanaway, Suez, Cleanaway, SKM recycling play a major role in this sector and there are a growing number of community recycling centres (CRC). In NSW, for the period 2017-2018, there were 87 CRCs up from 60 in the previous year.

Disposal – waste that cannot be recovered is sent to landfill. Traditionally it was common for councils to own and manage the local tip but in urban areas those days are long gone as the price of land increases and availably declines. For example, in Sydney there are only three major operational landfills.

Waste generation is linked to economic activity, population size and consumption. Our population is growing, and our waste streams are growing, especially our organic waste. This includes food waste from farms and food manufacturing activities in addition to our municipal food and garden organics (FOGO). In Australia 4.1 million tonnes of food from the commercial food sector goes to waste each year and according to OzHarvest every household throws out around $3,800 worth of food a year! In 2016-2017, the NSW EPA reported that the number of organics collected rose by 12.3% from 2013-2014.

In 2018 the Federal Government highlighted two major issues. First, a lack of waste management infrastructure and second, underdeveloped commercial markets for recyclables or what those in the recycling business refer to as “market failure” which is attributed to the high cost of resource recovery and poor demand due to negative perceptions about the quality of recyclable material.

Economics of Waste management – It makes sense to invest

In 2017 the Waste Management Sector in NSW was worth approx. $4Billion (Source: NSW Circular Economy Policy) and according to the Waste Management Association of Australia (WMAA) the sector employs around 35,000 people and contributes over $50 billion per annum to the Australian economy. A recent Ernst & Young report stated that Australia could generate $324M annually from recycling alone.

So how do we leverage the opportunities and maximise economic return on waste management investments?

Industry has called on the Federal government to take the lead and steer a national coordination and planning effort to ensure the required infrastructure is developed across Australia. This will require all tiers of government to work together and to prioritise the harmonisation of regulatory frameworks and in particular waste levies.

There are also calls for government to kick-start the development of a viable long-term market for recycled products through the introduction of ‘green procurement’ policies.

The NSW Government is investing $168 million to stimulate investment in new waste processing technologies. This is part of the nine-year $802.7 million Waste Less, Recycle More initiative. The NSW government has also recently launched NSW Circular, an innovation network established to support the transition to a Circular Economy.

This is good news for NSW and it’s encouraging. Businesses, big and small, are coming together with the research community and local communities to engage, share ideas and pool resources to problem solve and find solutions to address our waste Issues.
And hat’s off to those firms and local communities investing in collaborative initiatives, programs and new strategies that are tackling our issues with waste.

Here are just a few examples of what is happening and the drivers of future change. 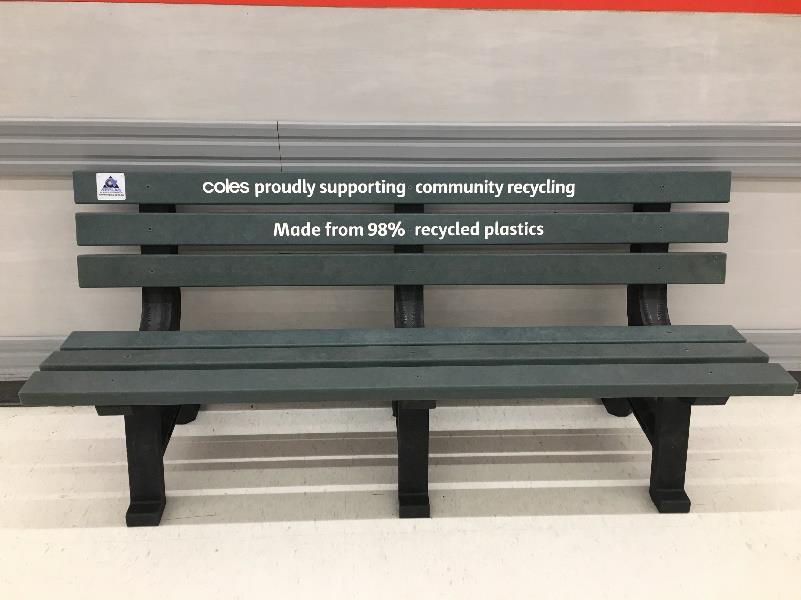 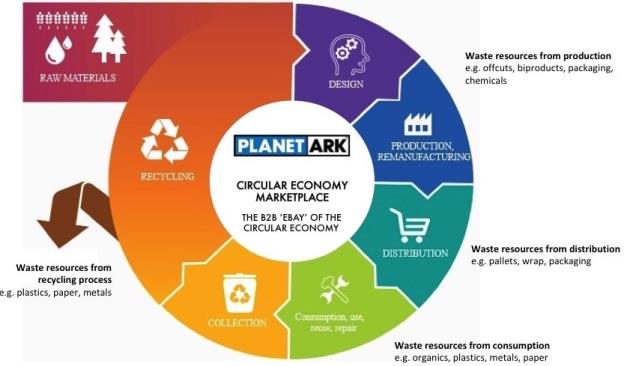 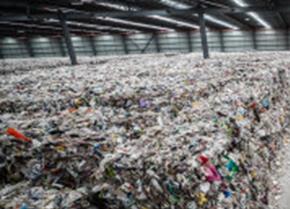